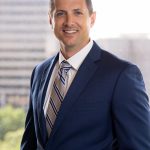 Jeff Pinter joined NGL in 2018 and currently serves as Executive Vice President of Natural Gas Liquids, which includes Centennial Energy, NGL Supply Wholesale, and NGL Liquids Terminals. He joined NGL after 12 years at Chesapeake Energy Corporation, where he spent nine years on the upstream side of the business, building and developing various unconventional plays from Texas and Wyoming to the Appalachia Basin. He then transferred his skills to Chesapeake Energy Marketing, where he served as Director of Commercial Services and Director of Crude Oil and NGL Marketing. Jeff received his B.A. from Oklahoma State University and his J.D. from the University of Oklahoma. 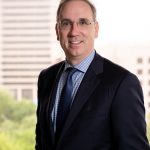 Mr. Tanory currently serves as Senior VP of Asset Management for NGL Energy Partners. Todd began his career at BP where he started as an Operations Engineer in the refining division. Throughout his tenure at BP, Todd took on successive commercial leadership roles with oversight of gas processing plants, gathering pipelines, and NGL logistics within the Natural Gas Liquids Business Unit. Todd was VP of NGL Transportation & Operations before starting his role at Gavilon, LLC in 2010. While at Gavilon he built a midstream asset team and infrastructure from the ground up, including responsibility for the construction of the 4.1 million barrel Cushing Storage Terminal. In his current role with NGL Energy Partners, Todd has responsibility for all of the terminals and pipelines in the crude oil and NGL segments. Todd received his BS in Chemical Engineering from LSU and his MBA from Tulane University.